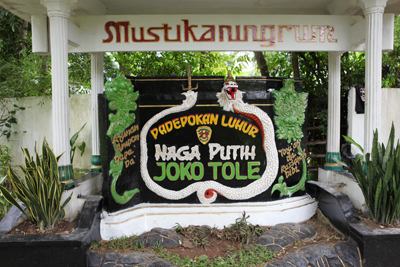 Did you know?
That in the Netherlands the Jokotole Naga Putih has their own training centre as one of the few Pencak Silat schools?

Also, our new Pencak Silat Jokotole school in the Art of Chi in Zutphen-Eefde is connected with our main school in Haarlem.