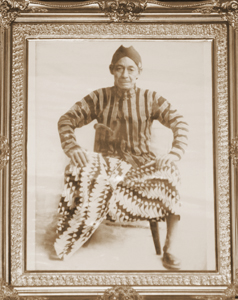 Pencak Silat is the collected name of the martial arts from the Indonesian archipel. Although it’s being practiced all around the Southern East parts of Asia.
Pencak Silat has probably his roots on the island of Sumatra, where in the old classical time a great and powerful Hindu empire reigned and where traders from all around China en India came to ply their trades. These journeys were dangerous to make and the trade goods needed to be protected. This job was done by using professional warriors and fighting monks. And it were probably them who shaped the basis of today’s Pencak Silat. Because of the many islands Indonesia has, each island developed their own Pencak Silat style. Movements and fighting stances were adjusted according to their direct environment and each region developed their own style with their own specific trademarks. In this way, people who know Pencak Silat can look at the movements of a practitioner and relate which style is being shown.

The martial arts was first practiced by the nobility and soldiers. Later on, with the coming of the Islam, the social structure changed and this gave the regular people the chance the practice Pencak Silat. This also changed the weapon arsenal through the introduction of agricultural tools which were used as a weapon. But when the Netherlands became the colonial rulers of Indonesia they forbade the practice of Pencak Silat.
The martial arts was therefore almost forgotten. But after the independence of Indonesia in 1949, the government decided to promote the Pencak Silat again.
Mainly because this is one of her many cultural expressions and it didn’t take long before the first recognized school were opened, including the Jokotole Naga Putih.